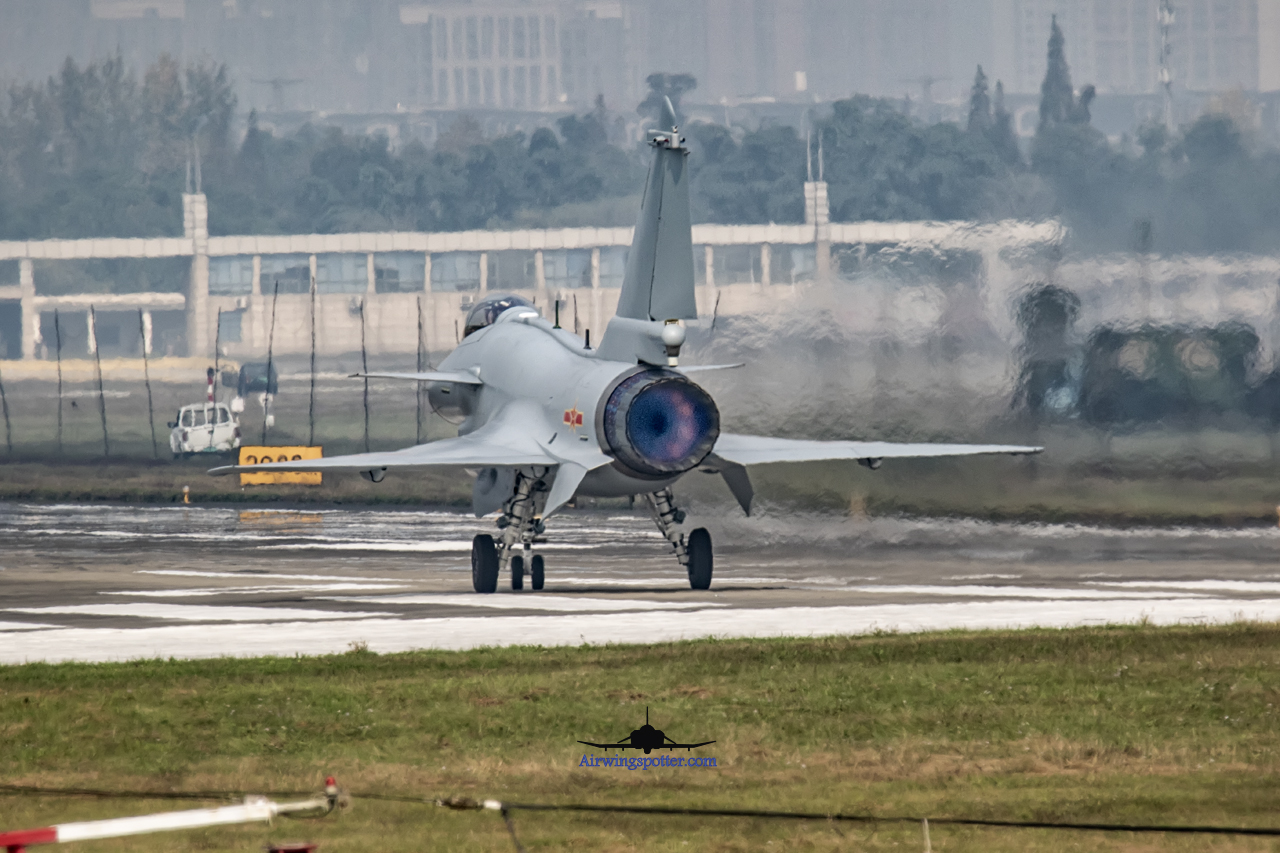 Chengdu Aircraft Corporation ( 中航工业成飞、成飞 ) located in the western Suburbs of ( 成都市西郊黄田坝 ) metropolis Chengdu was form in 1958 under the original name of factory 132. The Factory owns a single 8356 ft. runway ( 02-20 runway) under WenJiang Airport (成都温江机场)

Chengdu Aircraft Industrial (Group) Company Limited ( CAIC ) was formed as a group in 1998. Products design and produced here started with the J5 in the 1960s. By the 1970s the Chengdu J-7I and J-7II fighter which is a Chinese copy and improvement of the MIG-21 was produced here in mass quantity and remains as PLAAF’s main fighter force for a long time.

By 1991, Chinese ageing J-7 was in need of a replacement which calls for a joint Sino-Pakistan FC-1 program. Currently in production the FC-1/ JF-17 is being adopted by Pakistan Air Force , Nigeria and Myanmar. Many other countries are considering the procurement of this nimble fighter.

CAIC is well known for their design and production of the J-10 Multi-role fighter. These fighters reminas the main fighter force of People’s Liberation Army AIR Force (PLAAF) medium fighter equivalent to the western F-16 size flying in conjunction with their heavy fighters J-11b, SU-27 and SU-35. Currently in production are the newer J-10B and J-10C which include improve radar, electronics, DSI intake, weapon systems and Engine.

Newer J-20 5th Generation Figher is being developed here in Chengdu and we have seen photographs of them being test flown here at the base.

Spotting in this Airport is quite straight forward since it only have a single runway and most aircraft during our visit was parked on the south end of the runway which I would say is the main staging area for the testing aircrafts. During our few days of visit they typically take 02 as their active taking off and landing and you can visually see cars on the runway area collecting drag chutes and also air canons to scare flying birds in the airport vicinity. For take off and landing runway shots a 600mm is recommended but 400mm will do the job. Landing aircraft that flies by you on final is quite close so even a 200mm will be enough. Hot ramp shots I would highly recommend a minimum of 500mm.

Spotting on the south end of gets your fantastic Landing shots with them coming right on top of you. Sometimes they do come in and do a left break on Runway 02. Unfortunately you will have to be mid field to catch the jet doing the break and bank. As for shooting from the mid field on the west side is not possible due to a very high concrete wall. Spotting on the north end is quite challenging since there is a lot of power lines and trees that blocks the runway. Also when you are on the north end, jets flew quite high by the time they get to that area.

Overall and very different experience spotting aviation here in Chengdu since I see at least 6 to 7 people hanging around the fence watching these jets and photographing them with cellphones. We did not use radio since we do not know the legality of using such device out here.