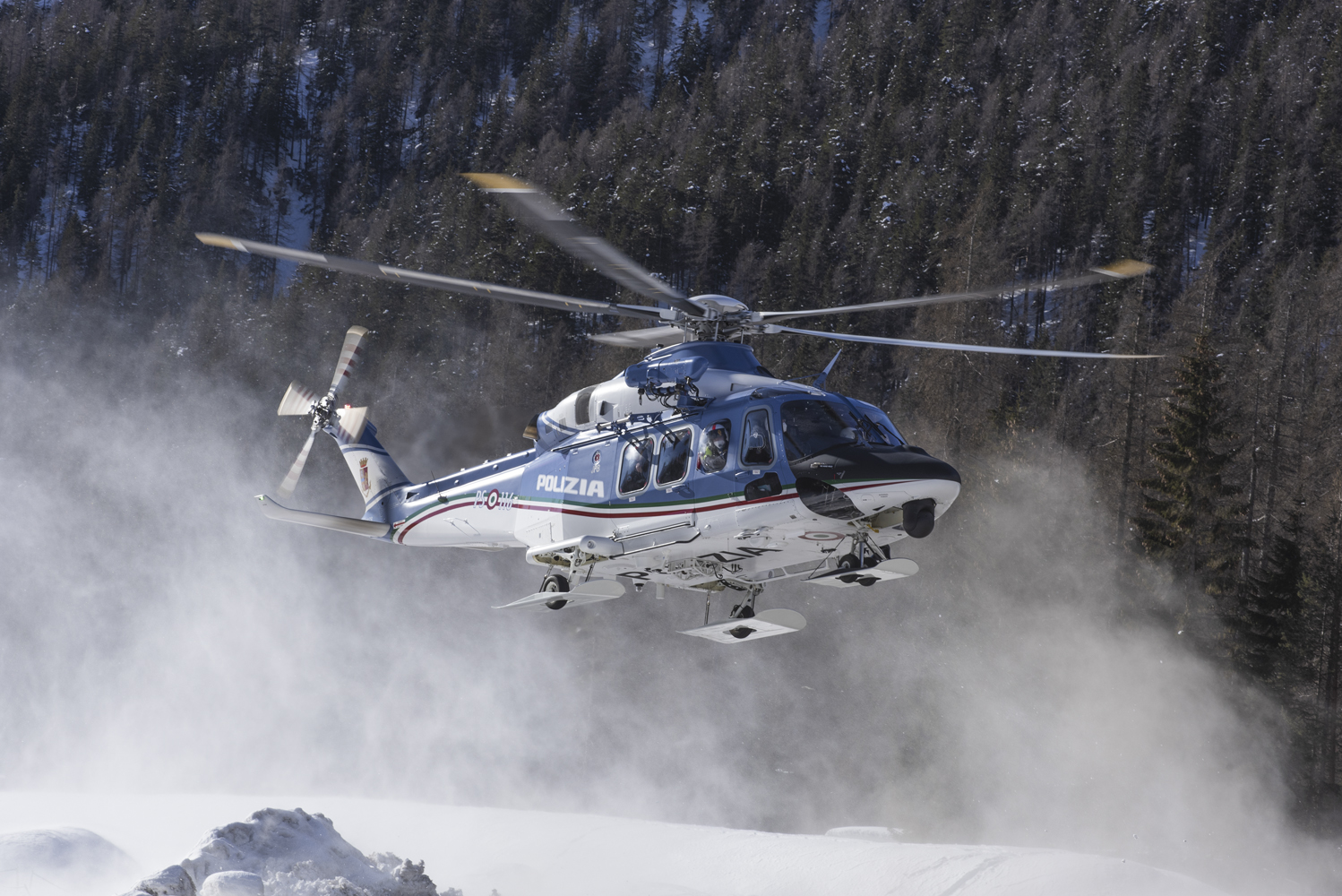 After 65 years of waiting, the wonderful setting of Cortina and its Dolomites has returned to dominate the world ski championships for 2021.

There are many moments dedicated to the world of skiing organized by institutions, associations, clubs, the Veneto region and the municipality that hosts the event, all under the watchful eye of the police forces who have made available women, men and the flower to the eyelet of their most advanced technology.

For this event, an important pivot of the surveillance activities was the control by special police departments such as GIS and N.O.C.S. through the air service of the Carabinieri and Police who were based at the (disused) Fiames airport a few kilometers north of Cortina.

The weekend preceding the start of sporting activities, the only two Leonardo AW139 helicopters supplied to the Meritorious aircraft arrived at the 14th NEC (Carabinieri Helicopter Nucleus) in Belluno. The two aircraft from the Pratica di Mare aircraft group differ from all the other helicopters of the weapon for their low visibility opaque blue color specially designed to operate at night with elite departments such as the GIS (Special Intervention Group) .

On the same weekend the brand new UH139E landed at the 10th flight department of the Venice Police.

Poli118 from the Florence department and Poli 116 from Milan, both delivered by the Leonardo company two weeks before the event, have a new and improved color compared to the older generation “139” already operational; in fact it recalls the graphics used by the steering wheels.

Given the compliance of the territory on which they were called to operate, we had the opportunity to see them with a configuration that is unusual for them; in fact, both the Carabinieri and the Police had to wear anti-sinking “skates” that allowed them to operate on the snow without any problem.

In addition, both helicopters are equipped with an infrared camera that allows surveillance activities to be carried out with greater accuracy even in low visibility conditions, search beams and latest generation avionics.

The soldiers of the Guardia di Finanza were also present at the old airport of Cortina who, unlike their colleagues mentioned above, had the task of promptly ensuring the medical transport service exclusively reserved for athletes, operating with helicopters from the helicopter nucleus of Bolzano with AW139, Aw169 and now historic HH412

Specifically, they were present with two helicopters, one operated directly on the slopes based at the advanced medical center in a heliport created in the middle of the woods specifically for the world championship, while the second aircraft was waiting in Fiames ready to replace the previous one in case it was called to operate an emergency medical transport.

We wanted to thank the availability and the opportunity offered to us by all the crews of the Carabinieri, Guardia di Finanza and Police.

Article and Pictures by Salvatore Roccella and Alessando Ganeo