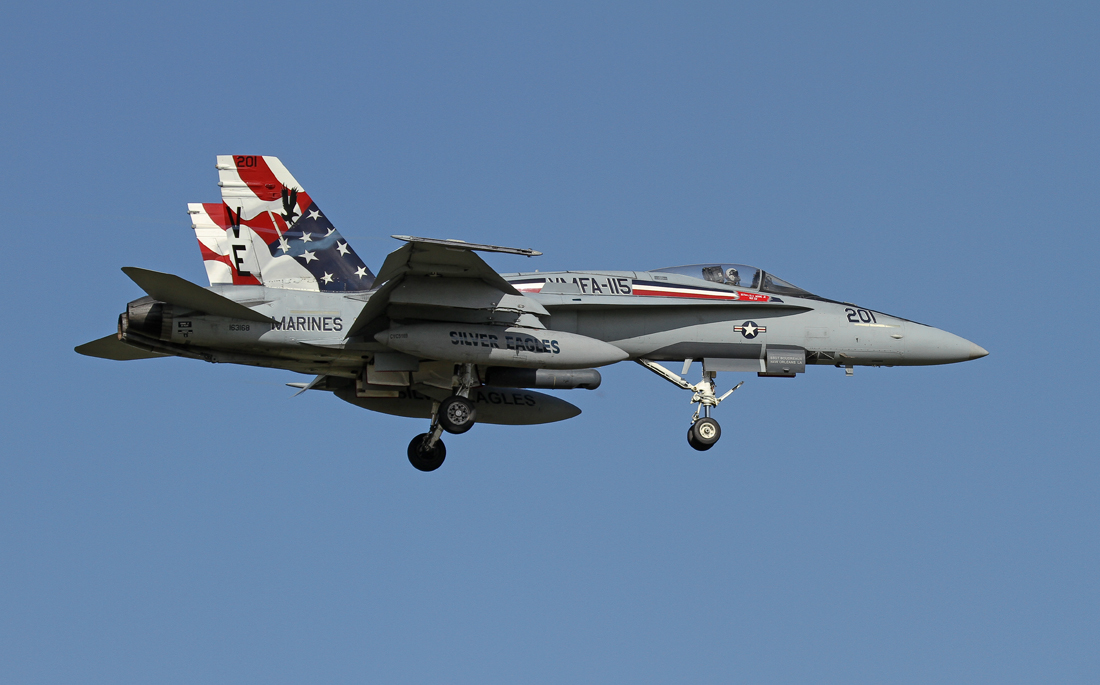 Having seen on one of our local news stations that NOAA (National Oceanic & Atmospheric Administration) was going to have a WP-3D Hurricane Hunter on display at Ellington Field, I decided I wanted to go by and check it out.  After getting off work I met up with fellow spotters and good friends Zach and Justin on Farley Road just outside the field perimeter on the north side as RWY 17R was in use.  It wasn’t too long after that our scanners began to crackle with life.  First up was a NASA WB-57 that was inbound.  EF presently has 3 on station so it’s always a pleasure to catch one of them here and there.  Then came the usual civil traffic i.e. small private planes to commercial business jets.  It was shortly thereafter we hit pay-dirt.  We heard the tower tell one of the private pilots in the area that two Hornets were at 1600 (military altitude around the field).  We looked off to the southeast and saw two small dots approaching.  About that time we heard them check in using the call-sign Blade.  They made a pass over the field performing a carrier break which was awesome.  Approximately 20 minutes later two more Hornets from the same unit (VMFA-115 Silver Eagles) took the same route and broke over the field to land.  However, one of the pilots in the second pair was flying the COs aircraft.  And I have to admit, it is one of the most striking / beautiful paint schemes I’ve ever seen.  My jaw dropped as I saw it approach as it’s been on my bucket list to photograph for some time now.  All I could do was tell myself “don’t screw these pictures up”, lol.  After they landed I drove over to the field to get some static shots.  While there I did accomplish that mission as well as getting a pic or two of the WP-3D and a couple of the T-6C from NAS Corpus Christi.

This was a spotting event I’ll cherish for a long time.  Not only did I capture that beautiful COs jet, but I did so with two good friends who equally loved it as much as me.  If there was one thing that could have made it a little sweeter it would have been if my other good bud, Dave Chng were there as well.

Photos and text by Bill Havel 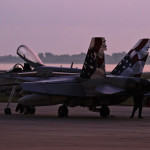 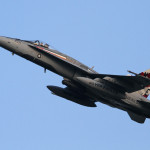 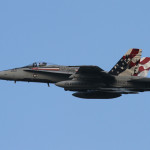 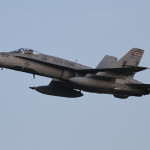 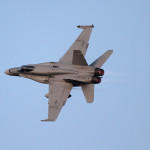 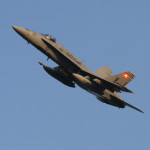 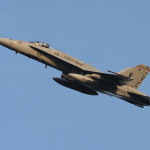 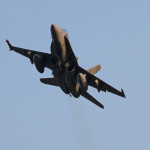 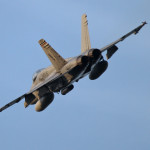 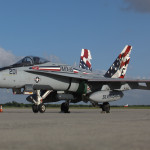