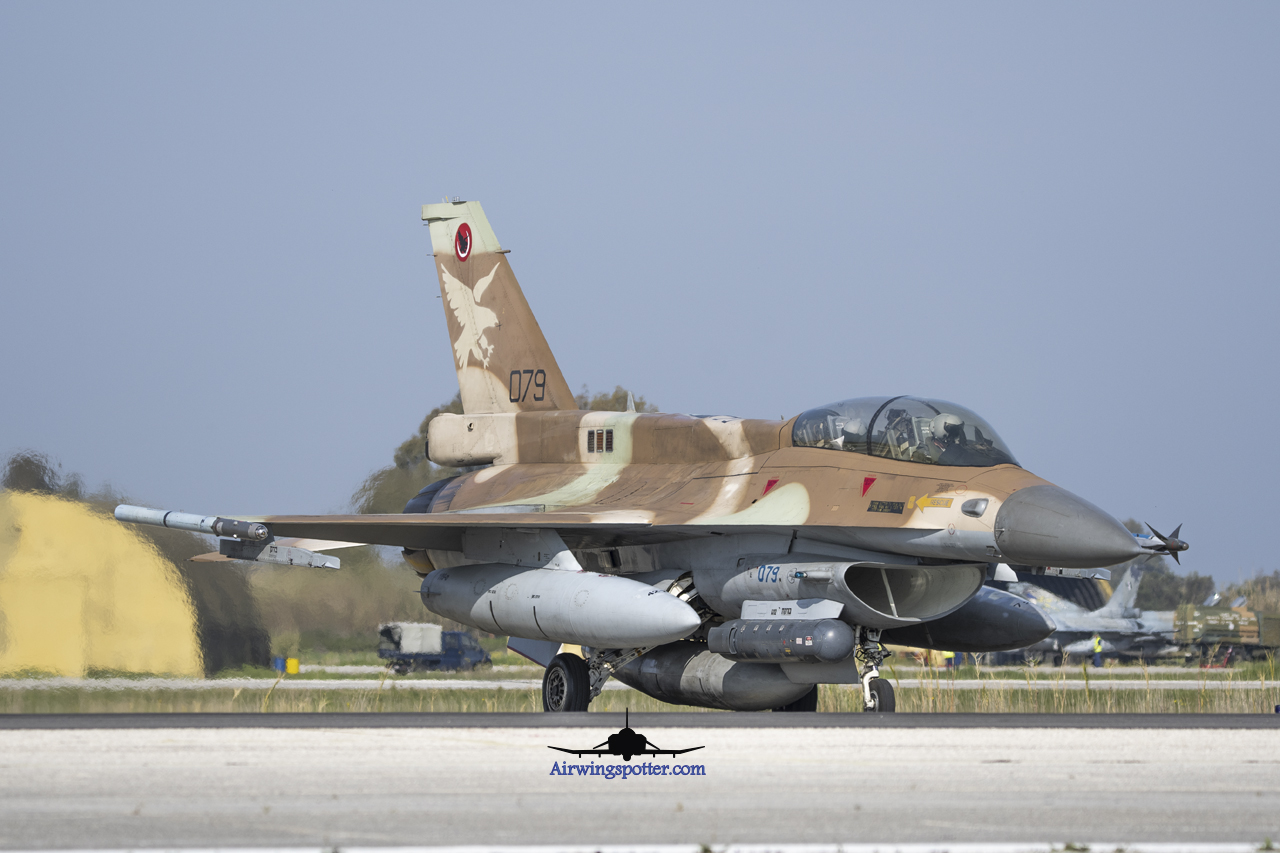 The first Iniohos exercise was held in 1988 as a small exercise for the Hellenic air Force without any foreign air forces participation. In 2013 it was decided to enlarge the exercise to make and first invitations to other air forces. This results into a single base multi country air exercise with dissimilar air assets.

Andravida AFB (LGAD), in the west of Pelopponnese was chosen due to its geographical location and the availability of large airspace that extended into Ionian Sea. LGAD runs 10,296 ft runway of 16-34. The presence of the Andravida air base- Hellenic air Force’s Air Tactics Centre make this the perfect location for such Exercise.

The Objective for Iniohos Exercise is to accommodate multiple foreign Air forces assets and to produce a realistic scenarios and environment to train these pilots. The Exercise is scale to “medium Scale” aerial air war for both European, America and Middle East air forces. Due to the multitude and complex mixture of different participants, to achieve this goal the training involves different threats levels that includes threats from Air, Land and sea. The training Exercise is carefully develop to simulate Modern and complex air operation both day and night. To further reflect todays modern and complex operations, the context of the training test the crews and aircraft to the limit of their capacity. Red Air Assets are crewed with the best and experience pilots and complex air defense systems that include MIM-104 Patriot, iCrotale SRAD, SA-15 Gaunlet and SA-20 Gargoyle surface to Air Missile systems were employed as red air to simulate the complex surface to air missile threats of today’s battlefield.

All of the fighter squadrons from the Hellenic air force participated in this Excercise. Each groups provided with a detachment of four aircrafts to Andravida air base, with the exception of the units in Red Forces who used their respective air bases. Aircrafts participated included the Peace Icarus 2000 updated F-4E, Mirage 2000 and F-16 from the Hellenic Air Force.

The Israeli Air Force participated for the fourth time with a total of 12 F-16C / D Block 40 Barak 2020 The Fighters were supported by two C-130J-30 and 1 KC-707 Re’em tanker. The Israeli contingent also carry out bilateral training activities with the Hellenic Air Force. These training demonstrates the level of cooperation and alliance between the 2 nation Air Forces. For this Iniohos 2019, Israeli air force also deployed a variety of weapons and pods during such as the IMI Delilah Captive Air Training Cruise Missile and the Rafael LITENING III targeting pod.

United Arab Emirates Air Force send in Mirage 2000-9 fighters. One of the main reasons behind the Hellenic Air Force’s decision to invite the UAE Air Force is to strengthen bilateral cooperation between the 2 countries.

The United States Air Force participated with 12 F-16C Block 50 coming from the 480th FS from Spangdahlem, Germany. The 480th FS being well verse in Suppression of Enemy Air Defenses (SEAD) bring in great experience for this exercise. All F16 were equipped with the Grumman AN/ APQ-131 ECM pod, AN/ASQ-213 HTS pod and the AN/AAQ-33 LITENING XR targeting pod.

Except for the United Arab Emirates Air Force, all the other participants also sent in JTAC (Joint Terminal Attack Controller) Teams to the exercise.

The Exercise is divided into Blue and Red Forces, Blue Force is operated from Andravida air base, while Red Force operated from their respective air bases.  On a typical day Blue force could generate 4 Major and 2 Minor Sorties of an average of 93 to 132 aircrafts which is very respectable numbers for such a complex exercise.

The main missions carried out during the exercise: