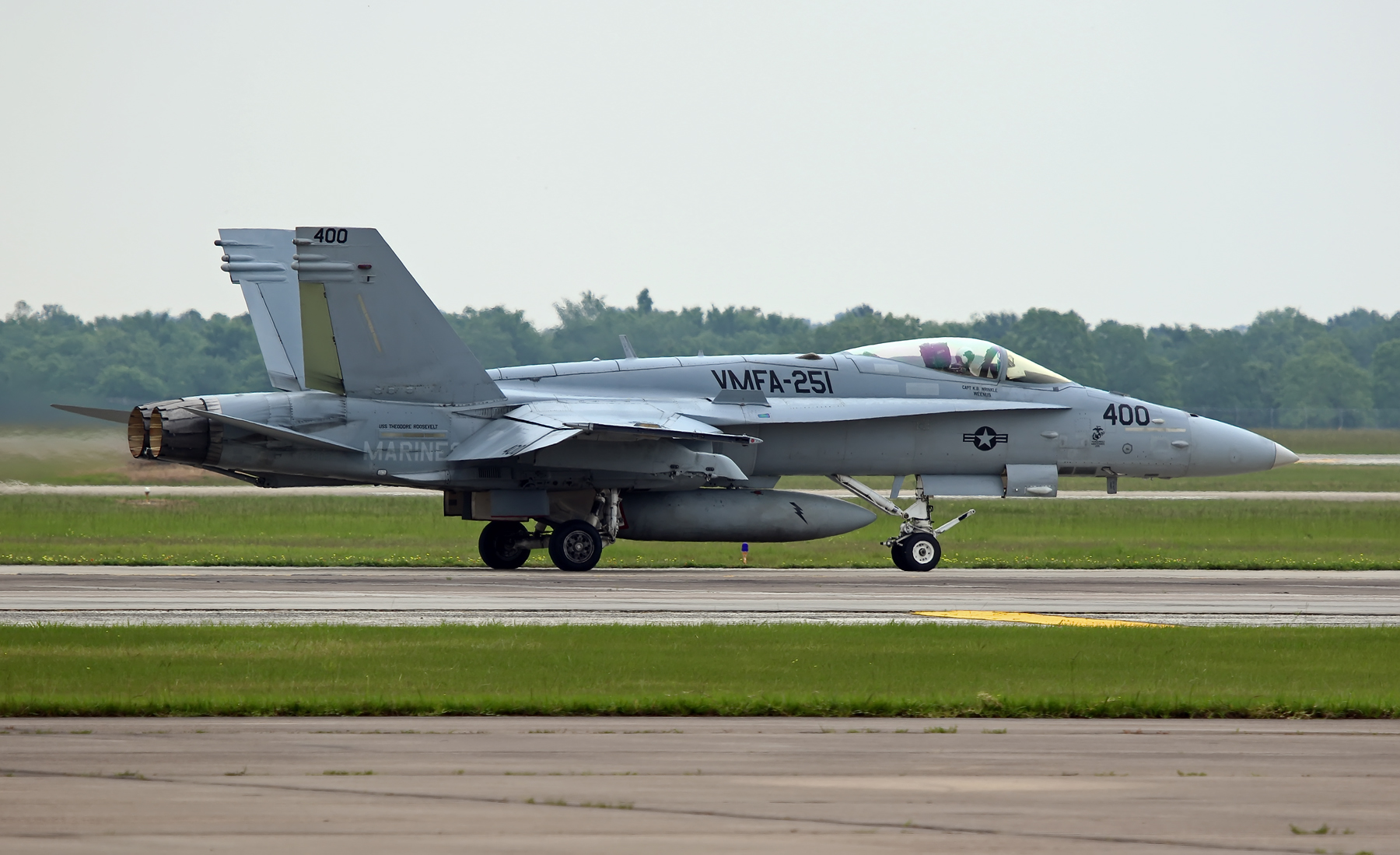 ( Best view with PC or Mac) 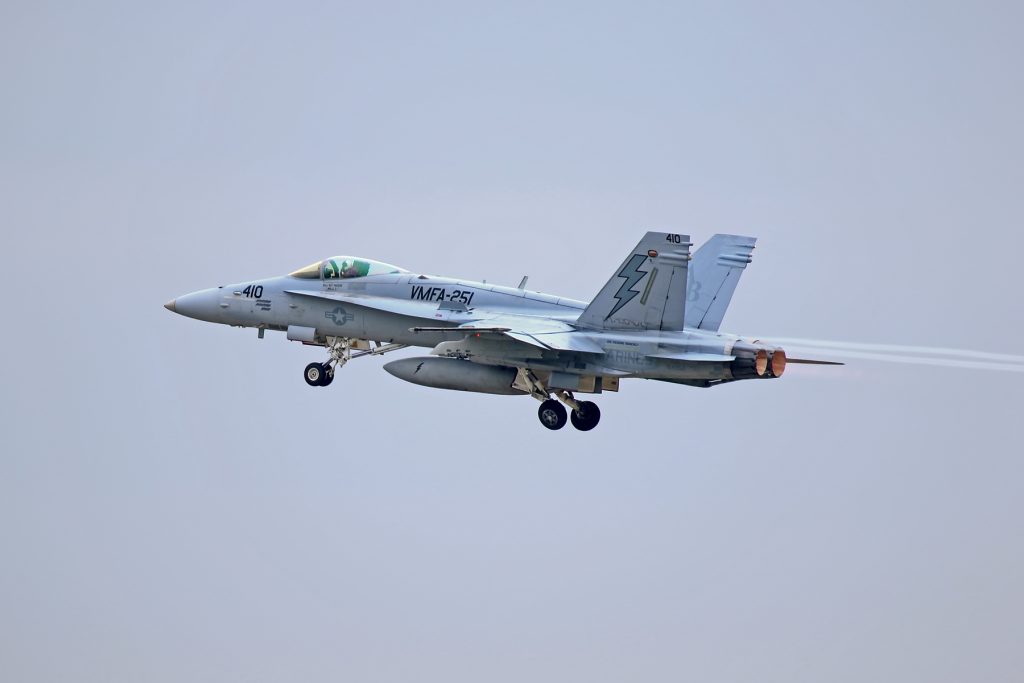 Being it was a little over a month since my last outing to KEFD, I was anxious to see what was in store for my latest visit, gloomy weather and all.  My first stop along the fence line yielded what had to have been 11-12 T-38Cs from Laughlin AFB, (tail code XL) Del Rio, TX.  With that many it felt like an auxiliary airfield.  Looking around I noticed four Hornets further north up the flight line with two of them going through engine start.  Upon arrival at their location they started taxiing out.  A few minutes later here they go blasting off on RWY 35L.  It wasn’t until I looked on the camera’s LCD screen that I realized they had pretty impressive scoreboards on them.  Looks like they have been pretty busy pounding ISIS.  Seeing those two aircraft alone would have been worth my 45 mile drive!

After those two Hornets climbed out I went back to where the T-38Cs were parked.  It was fun watching the student pilots and their instructor pilots (IPs) prepare for and taxi out for their departure flights.  As much as I like shooting aircraft I equally enjoy shooting the aircrews.

As all this was going on a T-38A from Whiteman AFB (tail code WM) flew in, got some fuel and departed shortly thereafter.

Sometimes you just never know what you’ll see when you go to EFD.  There are times when nothing goes on for days to days like this where it is non-stop action. 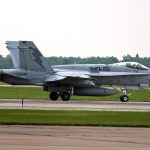 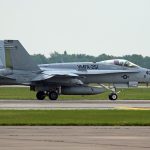 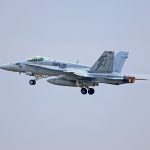 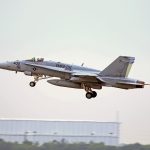 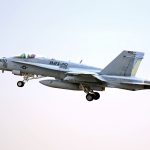 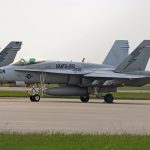 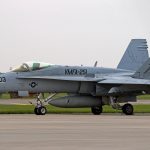 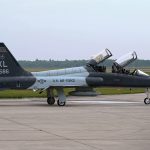 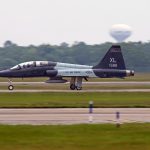 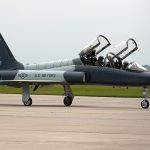 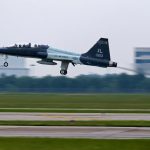 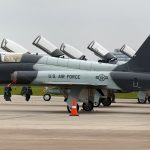 The aircraft and assigned units are noted below: 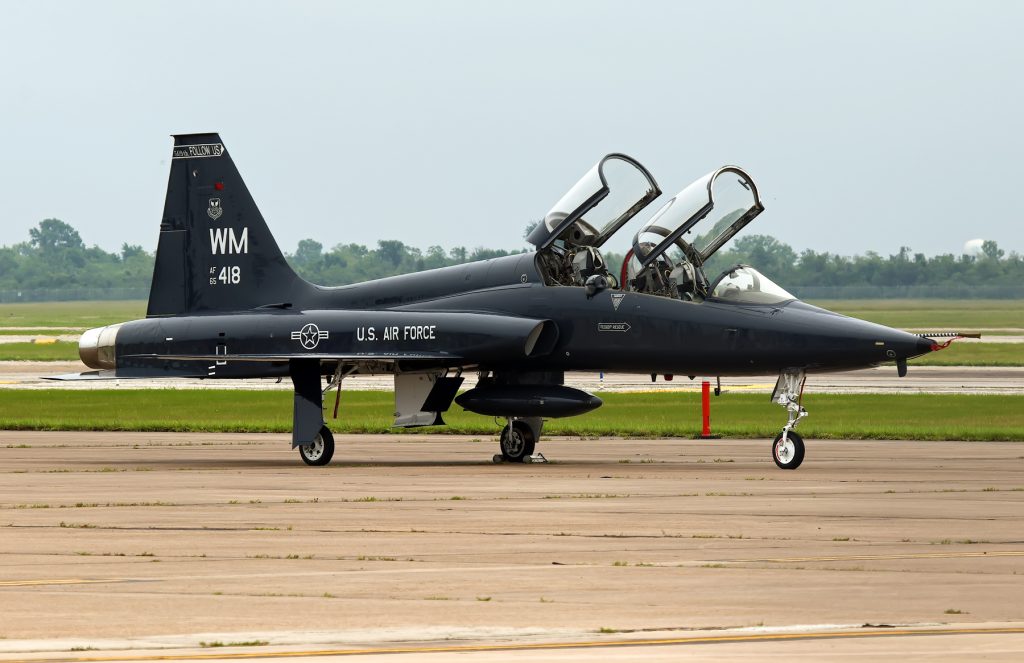