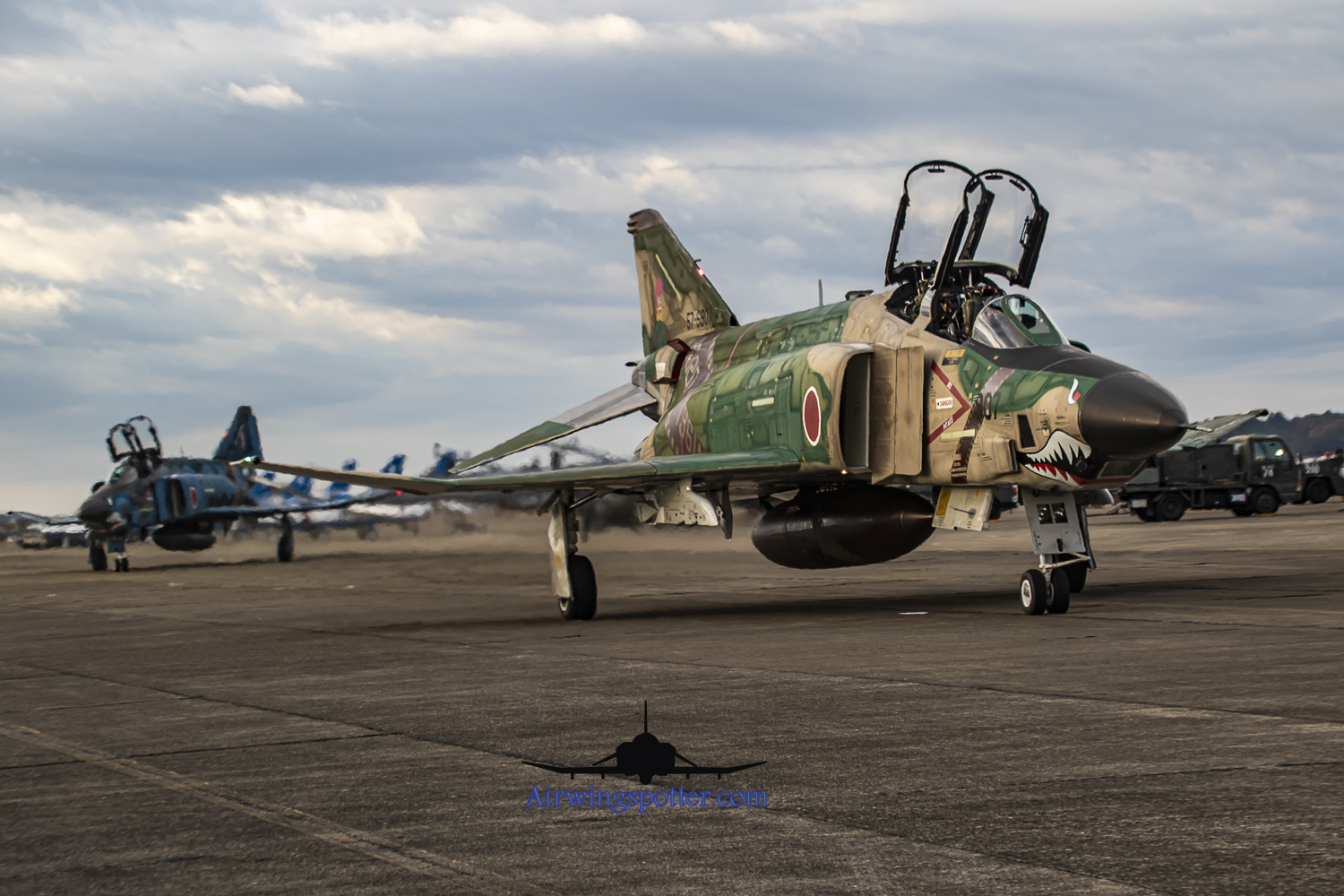 The Days of the Mighty Phantom is coming to a closure soon in the Land of the Rising Sun. All Japanese F-4 Phantom is currently base at Hyakuri Airbase ( RJAH) just 53 miles north of Tokyo. Currently only 2 of the active squadrons still flies the F-4. There are 2 parallel runway 21L 03R use by the Military while the other 21R 03L is run by the local civilian Ibrayaki Airport.

The Airshow in Hyakuri Airbase was a one day show held on a Sunday ( Nov 30th 2019) . I was surprise by the crowd of Japanese Aviation fans lining up the base gate by 0400 am in the morning.

The Airshow consists of 2 segments which is the morning flying and afternoon flying programs. Morning segment consists of :

The show starts with a 6 ship F-4 Phantom formation that was really impressive. These mixed formation of F-4EJ, RF-4EJ and RF-4E sure makes up the composite squadrons of active Phantom in this base.

The Mighty Eagle F-15J still pack a punch in 2020 and here we can see the raw power and the superiority of the F-15J. 2x F-15J came from 303 Squadron base out of Komatsu Airbase. Aircraft (32-8827) did a fantastic tactical demonstration of the F-15J. Just on the lighter side, this jet got a bird strike on the day before the airshow and landed safely after the incident.

The Airshow is uniquely Japanese since the food stands and stores are so different from a western Airshow. We get yakisoba , udon and other Japanese street food and a lot of good stores selling Air force patches and other military shwags!

Static Display for Hyakuri is quite good. We have rows of Phantoms and 2x F-15J, F-2A from Misawa, CH-47 , C2 transport, K1 ASW aircraft.