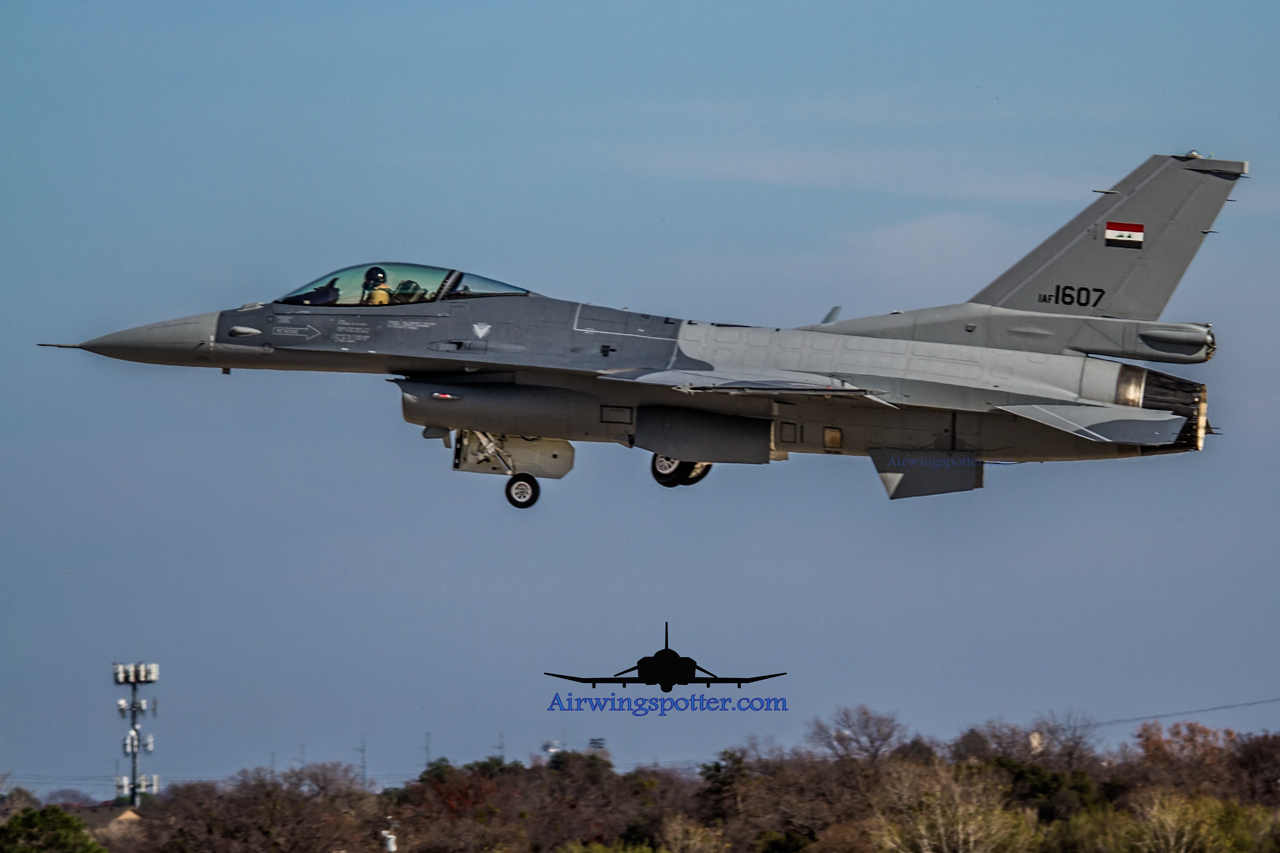 1st Saturday of the month which also means Drill weekend for the 301st FW of our local F-16C Squadron Spads.  We made the late morning drive to NAS Ft worth and was greeted with radio chatter of Cowboy F-18A coming in to land. This was followed by F-16C engine powering up with call sign we all so familiar ( Spads and Mustang) I counted 13 to 14 F16 came out to play. Some in Air to air configuration of 2 AIM 9x and 2 AIM-120. The others came out with practice bombs, 2 gas bags, Lightening pod and ECM jammer pods.

We decided to scoot over to the west side with the Lightning 11 coming out to play. Its NJ-114 F-35C with Grim Reaper VFA-101 insignia but with Marines on the aircraft instead of the Navy which we always see. Manage to catch the F35C taxi by and take off. This was followed by Rocket 11 and 12 coming out which is the Iraqi F-16C Blk 52 and a F-16C Chaser from Lockheed martin. Rocket 11 did an unrestricted take off which was an amazing sight. Too bad she was too far away for me to photograph her vertical climb.

Spads took off and return in the usual fashion of Tac options doing Low Key maneuver. As this was going on a Sheppard AFB T6 came in and did a few touch and goes. Followed by Lockheed martin’s Lightning 11 and Rocket 11 and 12’s return to base. All in all a great Saturday afternoon with quite a bit of actions …. Best of all spending some great time with my good buddy Song and Scott Mecum.