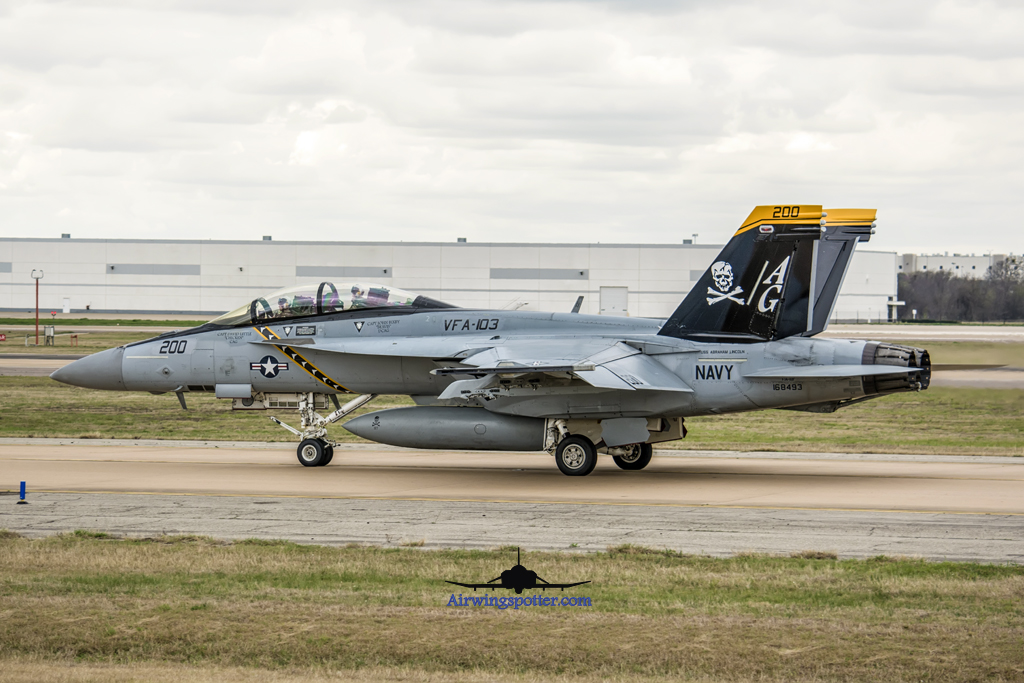 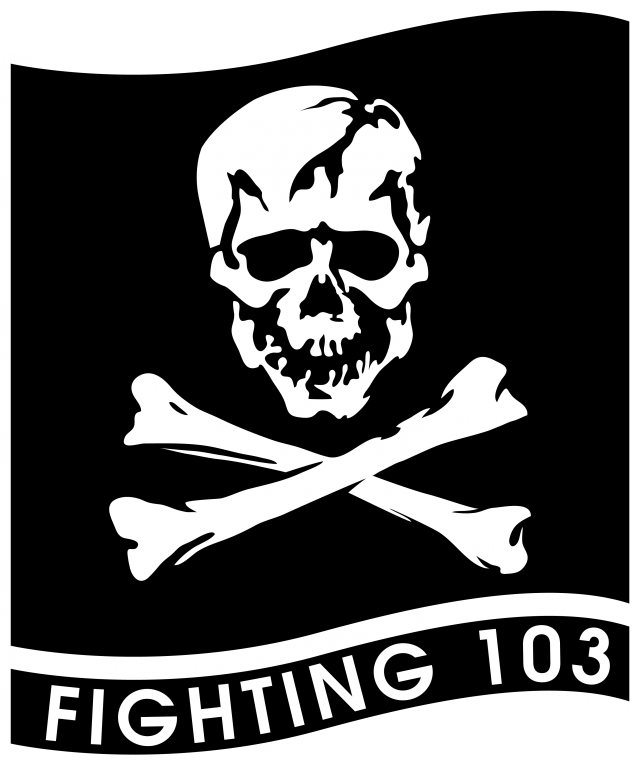 March 11th , 2017. We got a few visitors from the famous VFA-103 Joly Rogers based at NAS Oceana. These Hornets were doing DACT  Exercise with 57th Fighter wing Weapon School in Nellis AFB for the past few weeks and they are on their way home.

We refer to the Fighting 103 as the “Jolly Rogers” but those that know the history, Jolly Rogers flew the “fear the bones” emblem as VF-84 in the  F14 tomcat days. The famous VF-84 F14A made her debut back in the 1980s in the famous movie ” Final Countdown”.   Oct 1995 after the gulfwar marked the deactivation of VF-84. Not wanting the Jolly Rogers insignia to fade away from U.S. Naval Aviation, VF-103 requested to do away with their “Slugger” emblem and adopt the Jolly Rogers name and insignia that had been previously used by VF-84. So there we have it.. the all new Jolly Rogers was born under the new unit and I am glad the US Navy did that.  VF-103 continue the tradition of the Cross and bones and the Ensign Jack “Bones” Ernie of the original Jolly Rogers . 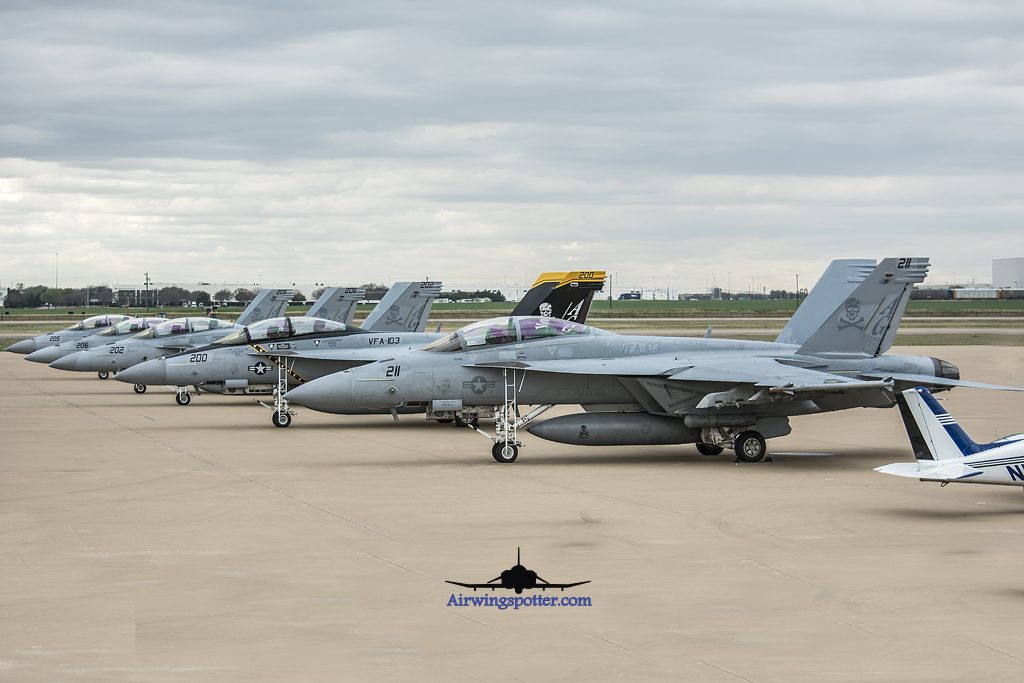 On this gloomy afternoon we got 5x F-18F from VFA-103 landed in KAFW Ft worth Alliance spotting 4 line jets and the 200 double knot CAG bird. They were transiting through KAFW for gas and go en route back to NAS Oceana.  I was told that they suppose to transit through Colorado but somehow, good luck struck on us ” Texans” and here we have 5 beautiful VFA-103 Superhornets. The stay was short but adequate …. with gas time of 90 minutes they were off taking off on Runway 35R and off they went in the grey yonder skies. 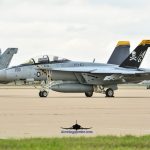 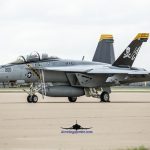 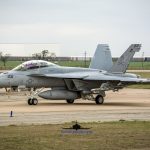 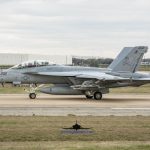 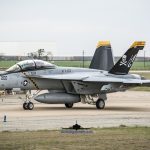 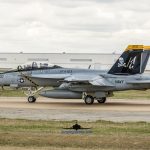 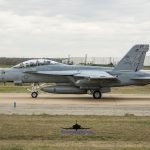 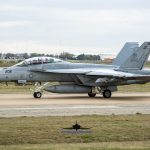 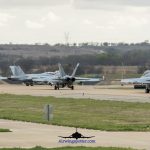 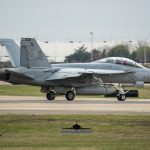 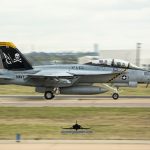 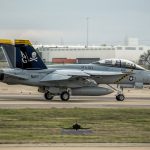 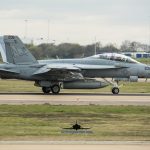 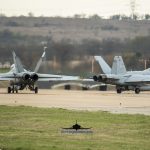