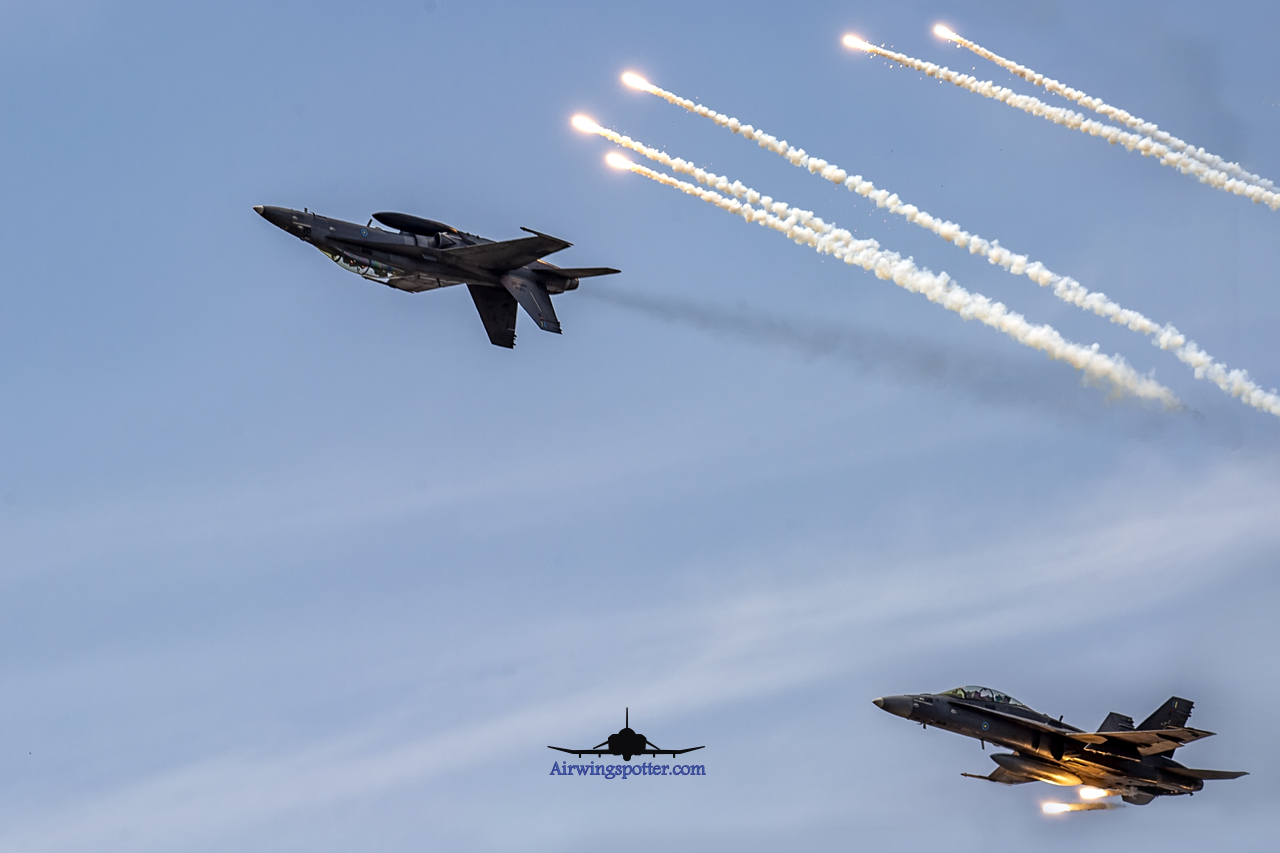 LIMA is an Airshow and Maritime Exhibition held every 2 years in Langkawi, Malaysia. This civilian airport have a single 12500ft runway at 03 and 21 runway direction. In the past, LIMA have attracted many foreign Air forces in showing off their military hardware. 2019 is no exception where by the Russian show up with their Russian Knights SU-30 jet demonstration team and the YAK-130 tactical trainer demonstration. India came in with their “Tejas” indigenous Fighter. Indonesian Air Forces participated with their Jupiter demonstration team flying the Korean manufactured KT-1 trainer. US Air forces participated this year with the Boeing B-52H fly by and Republic of Singapore Air Force ( RSAF) A330 MRTT ( Multi-role Tanker Transport) did a fly by. Best of all, the Royal Malaysian Air Force muster a show of force and a unique demonstration showing off their front line fighters namely Sukhoi SU-30MKM, F/A-18D, Improve Hawk 108/208, various helicopter types and their newly acquired A-400M heavy transport.  Many Air Forces including Singapore, Turkey, China, Indonesia, Thailand, US Air Force and US Navy also participated in this show with static display aircrafts, UAV and Helicopters.

From an Aviation enthusiast’s point of view, LIMA is a very different Airshow because they combine Eastern and western military hardware and the organizer make it so much more of an airshow than a show that is merely selling aircraft like in many Airshow in the world.  In this show, Military Aviation and Naval Enthusiasts gets a variety ( interms of aircraft types and Naval vessels ) that cannot be found in many other shows. Some of the unique elements of LIMA are as follows: Most fly by in Airshows are straight in and out path in formations. In LIMA the aircraft formations flying is very unique since they have heavies and trainers doing the formation flying. Following the heavies we have modern fighters banking right after the heavies pass the show center. This can be seen in videos below and pictures to further illustrate the complexity of these maneuvers. The A-400m came from 22nd Squadron of RMAF base out at Subang AFB.

Also, Fighters enter show center from both directions and you get a combination of front line Eastern and Western fighters.The full use of low altitude maneuvers and usage of flares to further enhance the dynamics of the display. How often do we actually see an F/A-18 and SU-30 flying together? Here in LIMA you get them all.

There was an incident with an incident on take off where one of the F/A-18D got a FOD or birdstrike on take off. The full detail incident report is in the link below:

Aerial Display is one of the strength of LIMA 19. These are the participating aircraft display for the show. Generally there is 2 sorties each day, one during the morning and a second session in the afternoon.

Rotorcraft Aerial Display -Tactical and Naval Helicopter display by the bay shows off the combination usage of light attack watercraft and helicopter against known threats. This gives the audience an insight of the ever complex anti-terrorist operations in action.

With the Video you can see the agility and power of the mighty Airbus A-400m transport. Makes you wonder how an aircraft of this size can do all the maneuvers.

LIMA 19 attracted many foreign Air forces participation where we get assortments of military aircrafts from US Navy P-8 , E/A-18G to Thailand Grippen fighter.

Naval Fleet Review was also conducted in LIMA 19 showing off some of the latest in Naval vessels. We have a more detail report on the fleet review on the link below.

Here we have a tribute to the People, pilots , and crews that make LIMA 19 such a success. These Pictures shows the dedicated man and women working to make this airshow a reality.

Special thanks to my Singapore Photographer and Videographer for fighting the heat in Langkawi bringing us all these photos and Videos.