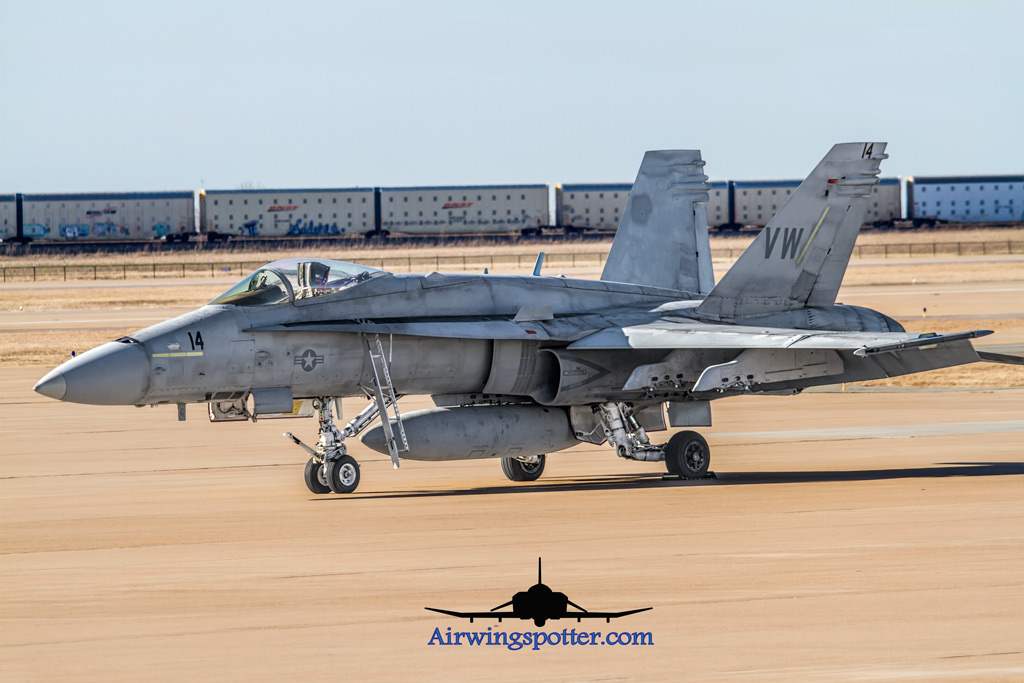 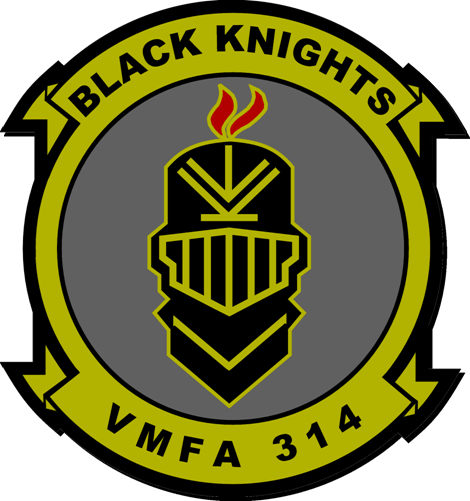 VMFA-314 Black Knights currently base in MCAS Miramar flies the F/A-18 Hornet . The Squadron was form back in 1943 flying F-4U Corsair as Bob Cats.  They proceed to fly F-9 Panthers and F4D Skyray. Deployed on USS Valley Forge CV-45 on the brink of Vietnam war on their F-4B Phantom and flew more than 25,000 combat hours in Southeast Asia.  ON the Modern Era, Black Knights was the 1st Squadron in the Marine Corps and Navy to receive the F-18 and began her life in CVW-13 on board USS Coral Sea CV-43. She was later transferred to CVW-11 o CVN-72 in the 1st Gulf War. ON war on terrorism, she was deployed again on USS Stennis under the the arms of CVW-8.

Black Knights holds the tail code VW and NG which lands them on the West Coast Squadrons.

We have here a pic gallery showing the Black Knights in action. These Aircrafts were photographed in Ellington Field and Ft Worth Alliance.  Honoring the men and women that serve in this Famous Marine Squadron.  Semper Fi