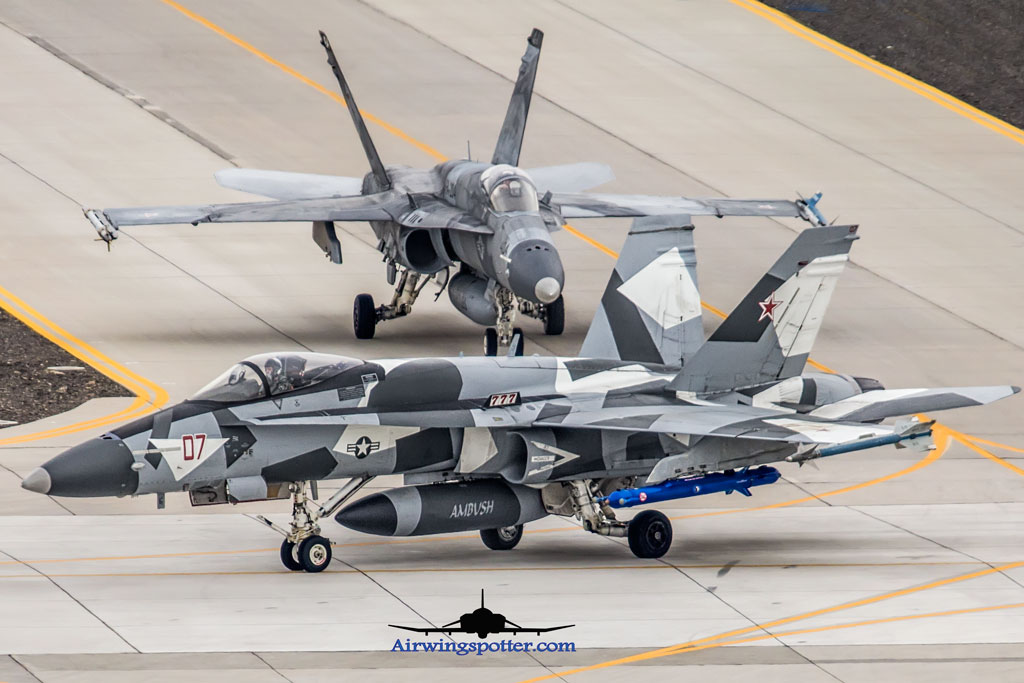 We got the greatest Top gun School here in Fallon and adding to that, 2 Visiting Squadrons came in to join the fight for the Red Wing. VFC-12 Omars from NAS Oceana and VFA-204 River Rattlers. Hard to see how lucky we got to see both East, South and West Coast Aggressors under one roof. 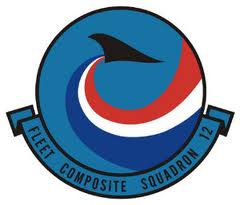 The squadron’s radio callsign is “Ambush” and their tailcode is AF. Squadron aircraft no longer wear the unique adversary blue camouflage paint scheme which they have been known for but upgraded to the SU-35 Flanker Prototype 2 Arctic Splinter Camouflage in late 2012 when they transitioned back to the F/A-18 A+.

Caught all these birds Taxing by us in that “flanker Spinter ” camo. Very Impressive Scene.  They took off after in tadem with the F-16 NSAWC.  Some of the tower Shot we got was good because the Omars did some yank and bank…. Tower break maneuvers. The artic Splinter just showed really well even in the foggy and nasty weather we got for the day. Overall I can;t really complain much… but seeing these Splinters makes me want to see them side by side a Artic Camo of the F-16 Aggressors.

Taxi Shots of the Omars

We were by the hot NSAWC ramp when these jets came by us. We could see them clearly from the normal “grey” hornets.

Flying shots of the Fighting Omars.  They did some awesome tandem take offs with the NSAWC Vipers. Some of the banking shots was done on the Control tower when they bank right in front of us… Some of the Landing shots was taken outside the base . 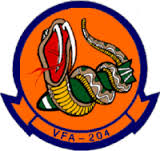 Strike Fighter Squadron 204 (VFA-204), also known as the “River Rattlers”, is a U.S. Navy Reserve strike fighter squadron flying the F/A-18A+. The squadron is based out of Naval Air Station Joint Reserve Base New Orleans and is part of the United States Navy Reserve‘s Tactical Support Wing. Their radio callsign is River and their tail code is AF

I was more than surprise seeing these Grey Camo F-18 . Saw them back in 2011 in NAS Ft worth and a couple of times transiting in KAFW . A good selection of Aggressor jets we encounter. Missing the Marine Snipers and VFC-111 Sundowners we will be complete.

We did not get as much Rattlers Shot since they were either too far or we were not there at the right time.  But they do make an entrance in that 2 tone grey Camo.