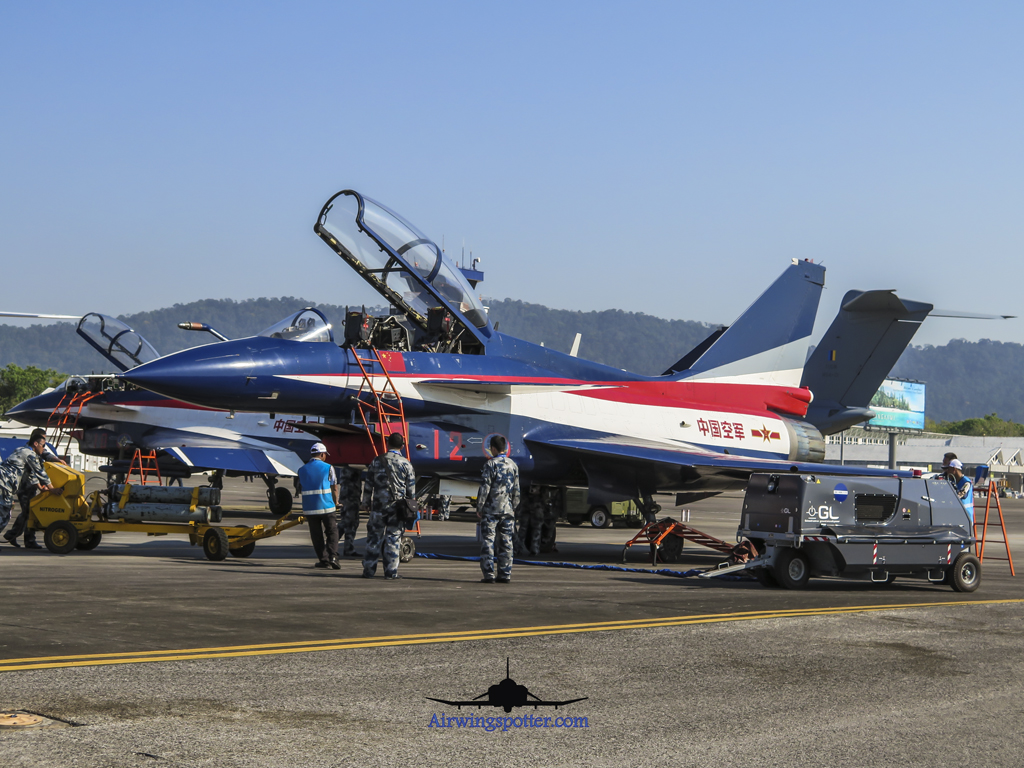 The August 1st or 81st Aerobatics Team (Chinese: 八一飞行表演队) is the aerobatic demonstration team of the People’s Liberation Army Air Force. It is named after the date of the founding of the PLA (August 1, 1927), and is a part of the PLAAF Beijing Military Region. The unit was founded in 1962 and has over the years performed more than 500 times for delegations from 166 countries and regions.  This is her 1st appearance in LIMA 2015 in Malaysia debut the new J-10A fighters.