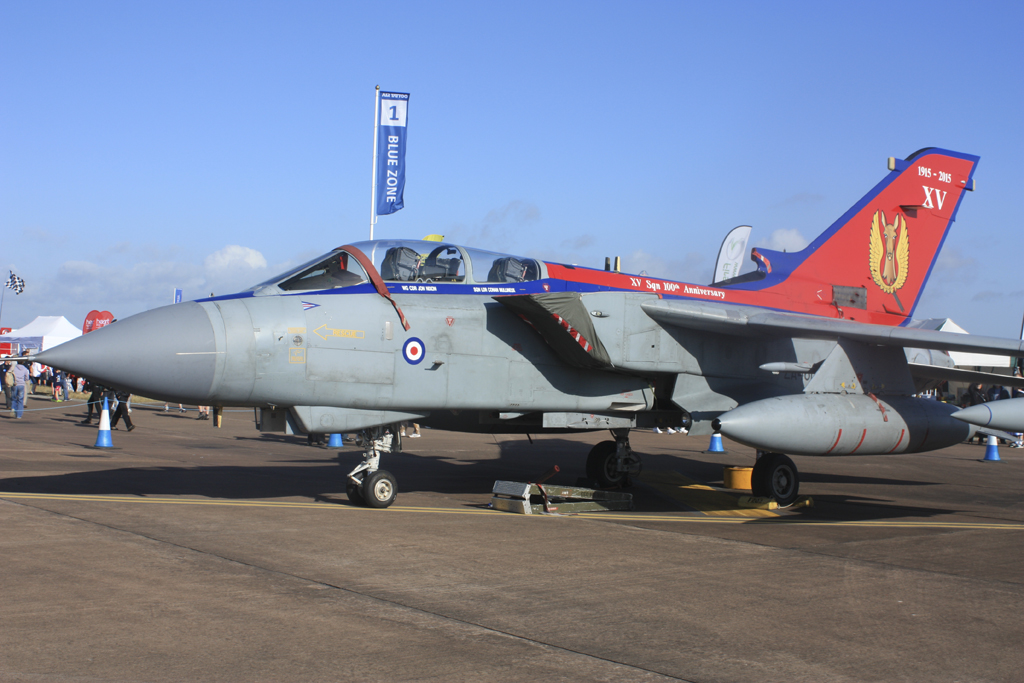 Royal International Air Tattoo Display just ended this weekend.. This year marks the 75th anniversary of the Battle of Britain, the spotlight will fall on this historic aerial conflict, the bravery of the pilots from 14 nations who flew with RAF Fighter Command and the contribution new technology such as radar then played in Securing the Skies. Also the 35 yrs of the TTTE, Tri-national tornado training establishment. They are the first three photos, and the one with all three in. the rest are all battle of Britain markings.TTTE were 45 Tornados 15 from each country namely United Kingdon, Itay and Germany based at RAF Cottesmore for the initial joint Tornado training.

The following aircraft was of great interest attending the show unfortunatly, the Lightning II F-35 did not make it to this year’s show. Perhaps 2016 RIAT.

Special Thanks to Phillip H for providing these wonderful pictures