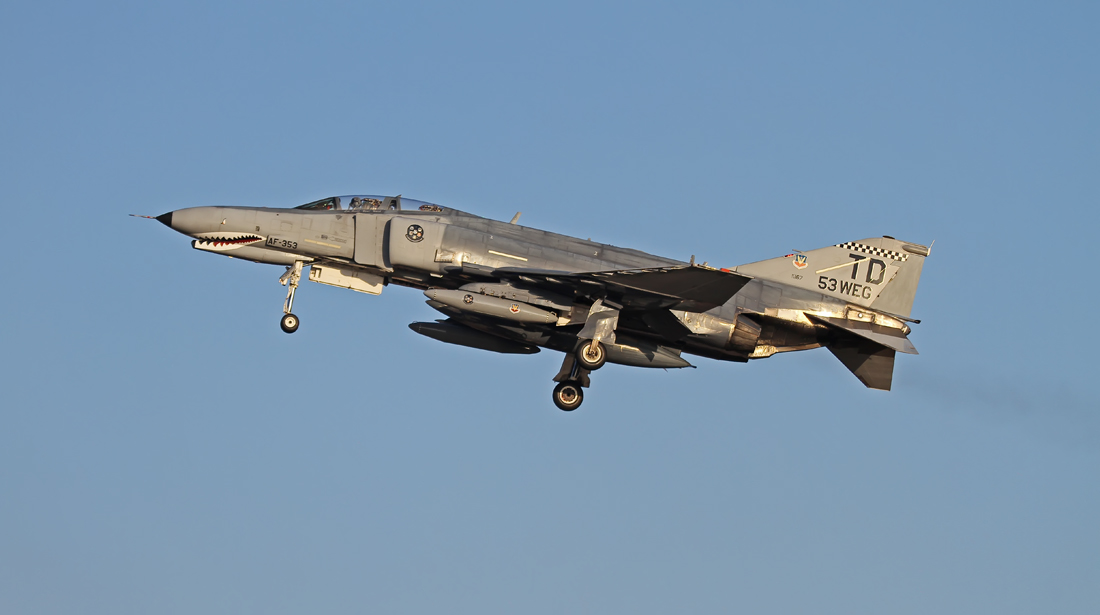 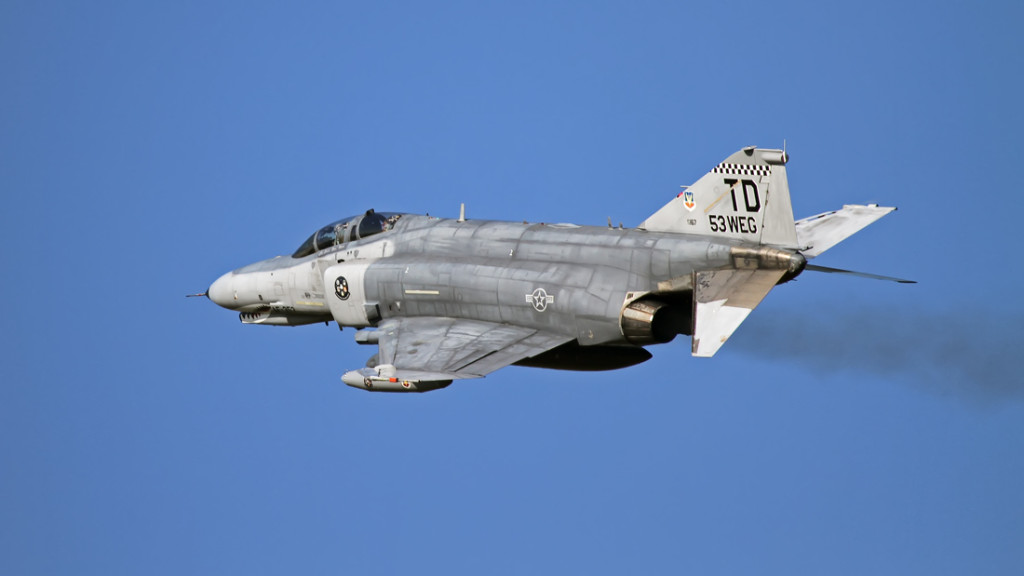 July 24, 2015:  When I received some intel Thursday afternoon about an F-4 stopping by for some fuel early the next morning I had a strong suspicion as to which one it might be and did not want to miss it for anything.  I arrived at Farley Road on the north side of the field around 0645 and set up for traffic arrival on 17R.  About 0720 here it came on a straight in approach with one engine smoking…….classic Phantom.  WOW!  Just as I had suspected (more like really hoped) it was Tyndall’s 53 WEG (Weapons Evaluation Group) flagship.  Man, was I so happy to catch it.  Not just because it was a Phantom (my first true aircraft love), but I was a witness to history…………the end of an era for Tyndall.  This was their very last Phantom (QF-4E, 73-1167) on its way to Holloman AFB, NM as they begin to receive more QF-16s. After it landed I drove around to the airfield to get a few static shots.  Taking them was very tough as the  Phantom was extremely back-lit.  No matter what, though, I was determined to take a couple of shots no matter what.  This could very well be my last time to see a Phantom and I was not about to give up.  After it was fueled up I drove around to dirt service road on the east side of the base to catch its departure.

( Pictures and Articles by Bill Havel) 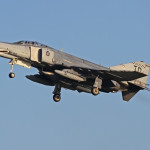 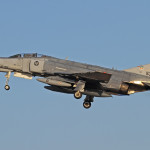 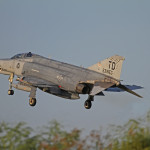 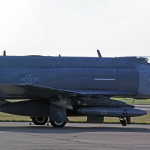 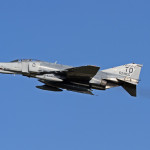 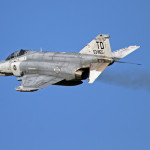