I caught this same aircraft in her hay day as a fleet replacement trainer for the Navy when I was visiting NAF El Centro back in Feb 2013. Both the CAG and commander bird was flying . Here are some of the hay day pictures. Below we got pictures of 901 aircraft doing touch and go. 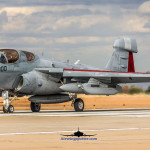 I would like to thank the Pilots, crew chiefs and all personnel of VAQ-129 for their dedication and service for this nation. Aircraft 901 will forever be remembered and I hope with these pictures I captured we can see the glory days and how this magnificent aircraft play her role. 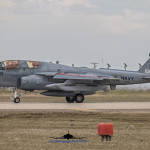