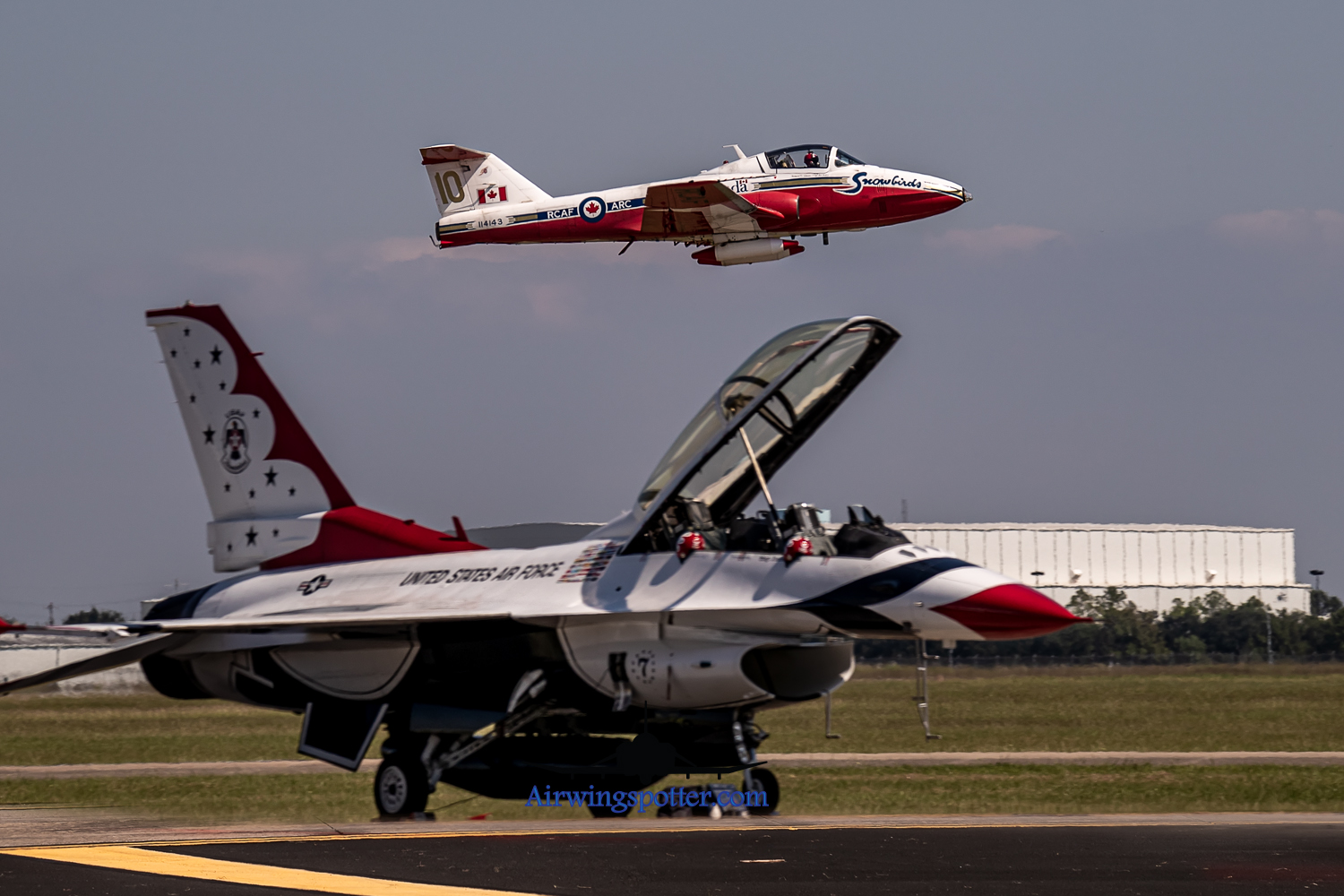 In the time of Covid, 2021 marks an era of going back to normal . Wings over Houston was in the full swing for 2021 with an actual walk in Airshow. We have 2 normal airshow days for Sat snd Sun while Friday the show was a Drive in with mostly Military participants. Houston Airshow have been very unique for the Texas area since most airfields we have very bad lighting because spectators are facing West. This is the only one in Texas that actually faces East and thus giving us beautiful lighting when all the main actions of the airshow is going on late afternoon and the Friday show was even better becasue it started 2pm and the light just gets better as the late afternoon sun goes. Great job Houston.

The highlight of this show comes from the military participations namely, USAF Thunderbirds, ROyal Canandian Air Force Snowbirds, Air Combat Command F-22A Raptor tactical demostration and C-17A GLobemaster Tactical Demostration. Wings over Houston has always been sponsered heavily by Commeorative Air Force ( CAF) and we have warbirds of all types from World War 2 trainers, transports , fighters to Bombers. speical for this year is a debut of a Supermarine Spitfire Mk 9 and a Hawker Hurricane doing flying demostratioin. These two Royal Air Force WW2 fighters we do not see as much in most US airshow since they are more of a rarity here in the US.

Also for the starting of the show, 159th FW Bayou Militia F-15C suppose to start the show for teh SAt and Sun show but due to some Operational schedules they only did a 3 ship starter for Sunday.

USAF jet demostration team “Thunderbirds” flying the F-16C/D Blk 52 showcase the speed, Agility and power of the F-16 fighter jet which is still use by our front line fighter squadrons. Starting with the ground show of the Thunderbirds show casing the ground crews professionalisim and teamwork getting the Vipers

The F-22A Raptor is USAF’s 5th generation Fighter that have stealth ,vector thrust and super cruise all built into the fighter platform.

Catching Military aircrafts coming in for static display to me is the most exciting part of the airshow since you get to see these aircrafts in her original states…… ” Flight” … here we have 2x E/A-18G growler flew in from NAS Whidbey Island , 1x E-6 Mercury TACAMO from Tinker AFB and several trainers, C-5B Super Galaxy. Static display mainly came from NASA with their T-38A, WB-57 and the SuperGuppy. We also have a Oklahoma ANG F-16C Blk 42.

Getting these WW2 fighters and bombers in the air can be challenging with spare parts dwindling and obselete. Crews of CAF and volunteers put in hours of their own time getting these beautiful warbirds in the air…… “a great salute to these unsung heroes.

I would like to thank the WIngs over Houston Media group McKenna Parr for hosting Airwingspotter for this excellent Airshow.